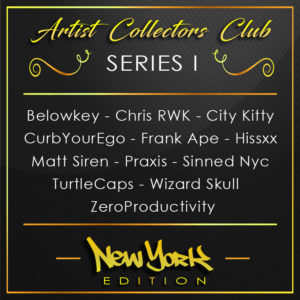 The New York series rolls on with the 8th artist offered in the ACC lineup and we’re extremely excited about this months artist! Matt Siren is an American street artist and illustrator, best known for his trademark Ghost Girl image and slick skulls. Siren was born in New York, in a very artistically inclined family, and he was encouraged to pursue art from the very beginning. Siren’s art is influenced by 80s pop culture; he draws from graffiti, cartoons he used to watch when he was little and video games. There are also some elements of posters created in Art Nouveau, and graphic design. His images have entered the world of fashion as well, as they can be found on numerous clothing lines. Ghost Girl is probably his most recognizable creation. Produced in 2005, the widely recognized icon combines Matt’s love for video games (more specifically Pac-Man in this case) and female form. Today, Ghost Girl is synonymous with Matt Siren. 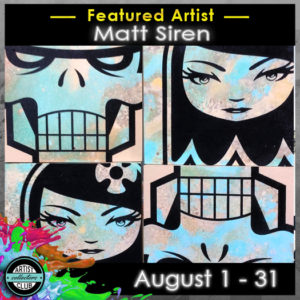